Behind The Image #1 – Blenheim Palace Cyclist

This is the first in an occasional series exploring why I took photographs, what I think of them, and sometimes what I’d do differently if I had the opportunity to take it again. I’m shamelessly borrowing the idea from Magnum’s original Behind the Image series (but with no pretence to believing I’m quite that good).

I was on assignment for Professional Imagemaker magazine writing a feature about photographing triathlons. A few weeks before I’d interviewed a great triathlon photographer about his business, his workflow, and the kind of pictures he likes to capture. The day after I was heading up to Birmingham to shoot a small club level triathlon with a friend.

For the feature I’d managed to get a press pass to shoot the Blenheim Triathlon. An incredible annual event held in the grounds of Blenhem Palace – a three hundred year old country house, the birthplace of Sir Winston Churchill, just south of me in the Oxfordshire countryside. I got plenty of shots of the transition area which was located in the courtyard of the beautiful sandstone courtyard with the grand main entrance in the background, but it was this image from the day that I really fell in love with.

I’ve always experimented with movement and blur in my images. Once I’d got a few traditional cycling shots in the bag I allowed myself a few minutes to experiment. This was one of the first I took with a long shutter speed, panning to follow the cyclist and create a little more blur on the background than on the subject.

Whenever I’ve shot more creative sports photography the focus has always been on conveying a mood or an emotion rather than simply capturing the scene. I’m not usually looking to tell the reader who, what, and where, as much as how the electric energy of the scene felt right there and then.

The thrill of the chase. The energy of the cyclist. The urgency of the race to the end. The excitement that is cycling. I hope that all these things come across to the viewer of this image.

Sorry, the comment form is closed at this time.

SEO for Photographers: How to Get Started with SEMRUSH6 Total Shares 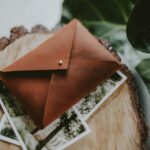