The Difference Is, We Made It Home 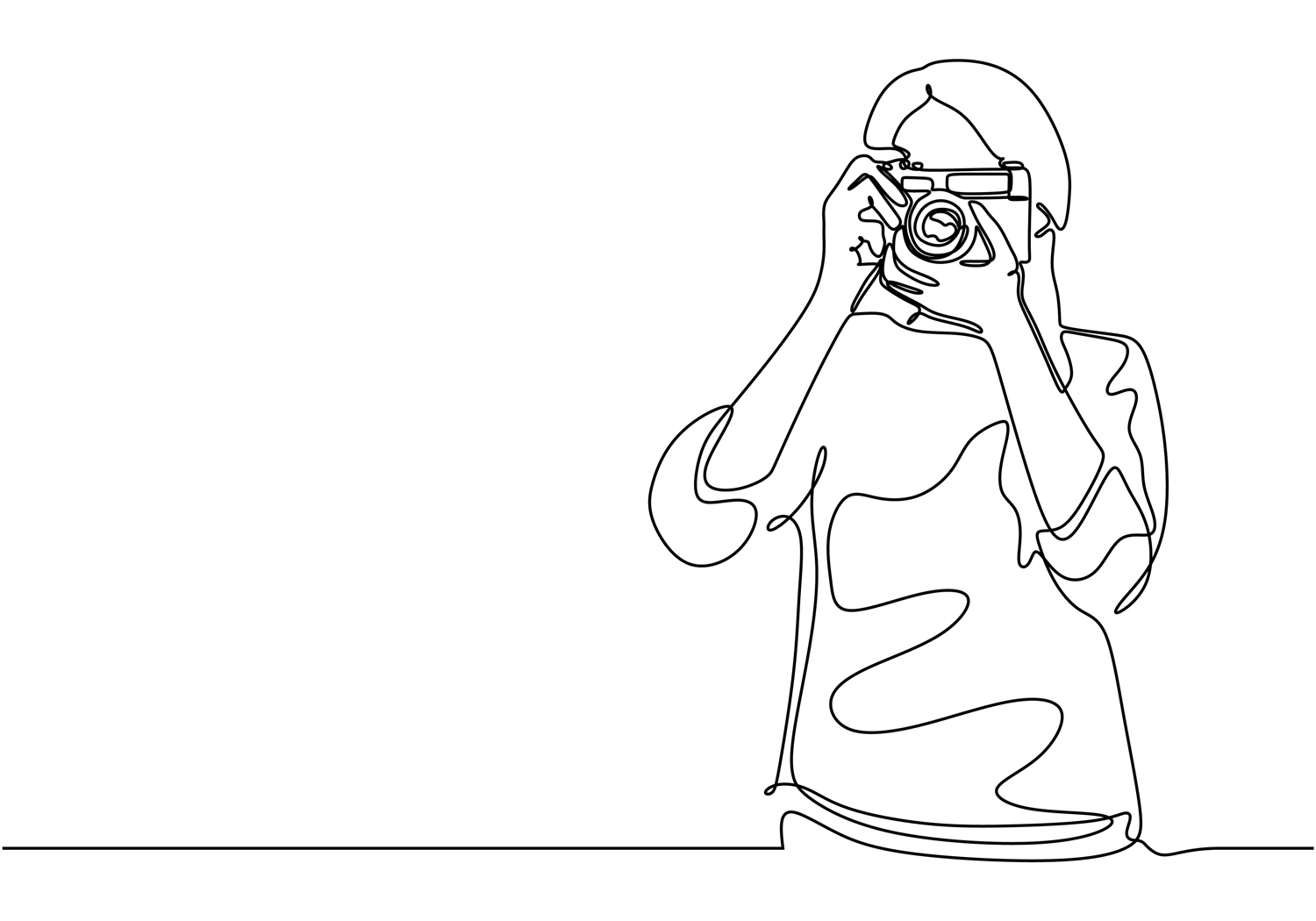 14 Mar The Difference Is, We Made It Home

In case you’ve not been watching the news (or you’re reading this in the future and need the context), Sarah Everard was a 33-year-old woman who was murdered this month. She went missing on March 3rd, and on March 9th the police revealed that they had arrested a serving Metropolitan Police Officer in connection with her disappearance.

March 8th was International Women’s Day. Where we mark the inequalities that still exist in our society.

Sarah Everard is not the first woman to be murdered by a man this year. There have been 118 others since the last International Women’s Day in 2020. All women murdered where the prime suspect is a man.

Women tried to hold a vigil last night at Clapham Common near where she was taken. A peaceful protest to show solidarity to all women who have ever felt unsafe on the streets and to try to get the message across that almost all women suffer because of injustice in our society. The pictures and videos emerging that show the Met’s response is deeply shocking, with male police officers manhandling women at what was effectively a protest against male on female brutality.

What does this have to do with photography?

I have never been quiet about the fact that female photographers are not equal to male photographers in our society. We are not taken as seriously as technicians, as creatives, as teachers, or as consumers. We have women only spaces in photography for a reason, because it gives us a chance to play on a level playing field, and to learn and grow away from sexist attitudes.

So much photography requires operating in situations that are remote or alone. Getting up at 3am and trekking up a mountain for the perfect landscape shot. Spending five days camping out in a remote hide in the woods to get the perfect wildlife picture. Seeking out the bright lights of the city late at night. Photographing models one to one. All while having thousands and thousands of pounds worth of equipment on display.

When I worked as a product and fashion photographer in London I was based away from the main company HQ and was working primarily on the design floor of a large clothing brand on Regent Street near Picadilly Circus. I wasn’t allowed to leave my camera gear in the studio because we didn’t have a safe, so every night I would take the tube, then the train, then walk the few miles home at night with several thousand pounds worth of camera and lens in my rucksack. In the morning I would do the reverse at 6am, in the dark.
I remember a male colleague commenting that he didn’t understand why I carried my gear in just a normal looking rucksack rather than a camera bag. Well, that’s because I was afraid, as a 5ft tall woman, that I would be more likely to be attacked if I did that. The men I worked with shrugged that statement off as if it was nothing. But the woman all agreed that they usually carried their camera in their handbag rather than in a branded camera bag.

The only difference between her and us is that we made it home.

Just let that sink in. Sarah Everard is all of us. We are her. We are all at risk from the behavior of men. I’d suggest that almost all female photographers have felt vulnerable at some point, or perhaps not taken the kind of photographs that they would like to. I know I’ve looked at male photographer friends photographs and wished that I had the freedom to just be able to go and take the pictures that they do without any thought for safety or welfare.

What about the police? Won’t they protect us?

What the police told female residents of Clapham should strike fear into the heart of every woman photographer who likes a solitary adventure. They advised women to “not go out alone” as if the primary problem is women exercising their freedom, rather than male perpetrators stealing the freedom of these women. We should also remember that this is the same advice given to women when Peter Sutcliffe, the Yorkshire Ripper, was at large. It seems very little has changed, as far as the police are concerned, in the forty-five years since those heinous crimes were committed.

As I’ve already said, photographers love to get into situations where they are alone in order to seek the thrill of the perfect photograph. So what does that mean for us as women photographers?

I’m going to share something that I’ve shared in a few places before. But I feel that it’s relevant in the context of this discussion. Anyone who knows me will know that I love photographing men in various states of undress. In fact I am so interested in the portrayal of masculinity in art that I made it the subject of my PhD that I’m currently researching.

I don’t photograph male models anymore. I abruptly stopped and people sometimes ask why. This is what I tell them.

That evening I went to my local police station and was taken into a room with two male police officers so that I could describe to them what had happened. They told me that there was no point in officially recording it, because there would never be a conviction. I asked why and they said it’s because nobody would look kindly on a young woman who invites men into her home while alone, gets them mostly naked, and takes “that kind” of photograph. It was the photographic equivalent of “she was wearing a short skirt so she deserved it” or “she was out, alone, after dark.”

Just to be clear, I had his name, signature, address, telephone number, car registration, and bank details. I knew exactly who he was. They could have recorded that information.

What I learned from that encounter with the police is that women can never believe that the police will be on their side when they are the victim, and that the police will uphold the kind of structural sexism and misogyny that is prevalent in our society. And of course you could say that I shouldn’t generalize about all police from a single encounter, but it’s not a single encounter. It’s a structural problem within the policing and legal system. Sure, there are some good police officers. But they are trapped within systems that are actively working against them.

I deeply regret the fact that other female photographers may have been assaulted by this male model and that I didn’t try harder to get the police to take me seriously. He could have been stopped, but the police chose not to try.

When I left a negative review about him on a model portfolio website saying nothing other than the fact that I did not recommend him to others, he threatened to sue me. I knew he had money, and he was older than me. I took the negative review down. I am ashamed, to this day, that I did not stick up for myself and try to protect other women. I do not know how many other women he intimidated in this way. Or how many other women he has assaulted.

What should we do?

The truth is, I don’t know. I don’t have any answers.

I do think that it’s important to talk about these issues and how they affect female photographers. I think it’s important to talk about these issues specifically in photography communities so that we can try to make the issue a “local” one rather than just one that affects women than nobody knows personally. We need to make our male friends and photography colleagues understand that this affects all of us.

We need to facilitate these discussions to happen in photography groups, on social media, and in our camera clubs. We need to talk about how we can broaden the world for women and how we can work towards a safer society where women aren’t at risk from going adventuring with their camera.

Unfortunately yesterday I was banned from posting for a week in a film photography group when I tried to bring up the fact that some comments being made by male members were sexist and unwelcoming for women. The male administrator’s response was to tell me that the group was to be “apolitical” and a safe space away from the politics of every day life. I pointed out to him that as a woman and a female photographer evey space where sexist comments are made is political for me. A ban, for a week, for my trouble. His attitude towards me reassures men that it’s ok to keep making those comments and assumptions, and so the men in his photography group will feel validated to continue their behaviour.

But this is nothing new. It’s probably over a decade ago now that I was banned from the popular model and photographer portfolio site PurplePort. My crime? I kicked up a fuss when a prominent and popular male photographer on the site made a “joke” about the gang rape of women in India. They temporarily banned my profile so I made a comment about it on Twitter. They banned me from using the site forever in response. Because I stood up and said “hey, it’s not ok that you treat your male photographers with impunity when they make public jokes about women being gang-raped.” This is, of course, set to a background of the norm for the site being young female models going into the homes of older male photographers and taking off their clothes. For context, there have been quite a few cases, in the last decade since I’ve been following, of male photographers being charged for sexually assaulting models. And we all know that the public love to blame the female victim – going to older men’s houses and taking her clothes off for money would never put her in a favourable light in our society.

What can we do?

Speak out. Loudly. Tell people how you feel about the issue. Remind those around you of the structural inequality that takes place in our society.

Change the way we think about “genius” photographers. Instead of the myth of the lone genius who stalks their prey, instead celebrate collaborative work.

If you’re a male photographer and you are not speaking up when other male photographers say something sexist then you are actively part of the problem. If you think that women’s issues in our hobby are “political” and therefore should not be discussed then you are contributing to spaces where sexist attitudes are harboured and validated.

Join a female photography group. There really is strength and solidarity in numbers.

Respond to the UK Government Consultation on Violence against Women and Girls. It closes on the 26th March. Tell them what you think.

Make yourself big. Take up space both in person and online. Don’t concede your voice to men.