Taryn Simon – “A Living Man Declared Dead and Other Chapters” 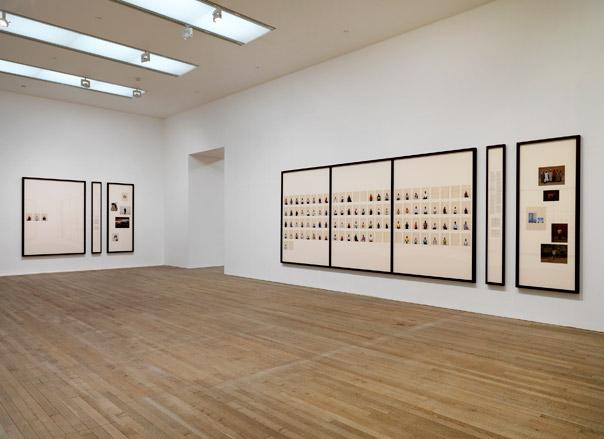 “We are all steadily heading towards death” says Taryn Simon in her interview for Tate. But this work isn’t about death, it’s about life. And sometimes it’s about there being life where there is death recorded on paper. In 2011 the Tate Modern hosted an exhibition of Taryn Simon new work A Living Man Declared Dead and Other Chapters. Aside from the work itself, one of the most remarkable things about this was that Simon was just 36 years old.

For a woman to make her mark on the institutional art world at what is, realistically, a young age is something special. Believe me when I say it’s rare for this to happen. Looking back on this exhibition always makes me feel like times are changing in the world of galleries and exhibitions. We’re seeing more female voices and stories included in the narrative and that can only be a good thing.

Hearing an artist speak about their work is often a rare privilege. When we study historical artists we have to put fragments of information together to understand their life, their motivations, and the stories that they are trying to tell. The recording of videos of artists speaking about their work for YouTube makes me really excited for the future of art history. It gives artists a permanent voice and preserves their legacy for the future. And even if the original work of art is lost or destroyed, then their work lives on in a digital format.

You can see an extract of the work that Simon is talking about on her website.

This particular work is made with photography, but Taryn Simon is a multidisciplinary artist. She’s worked with all kinds of mediums, including internet search terms and nuclear waste. But it’s photography that she constantly comes back to time and time again, and in 2017 was recognised with an Honorary Fellowship of the Royal Photographic Society.

If you’re interested in the technical aspects, Simon usually captures her images with an antique large-format camera. In this particular series the selection of background was deliberate and kept the same for all images – Simon says it’s a “non-place” that isolates the subjects and removes them from their environment and context.

Simon’s project to document bloodlines and the certainty of life (as proved by a photograph) makes sense when you consider her early projects. In 2001 Simon worked on a large-scale series in collaboration with the Innocence Project, an initiative that worked towards freeing inmates that had been wrongfully convicted. Before that in 2000 Simon worked for the New York Times Magazine photographing exonerated death row inmates. As an expansion of this project, she travelled all over the US photographing people who had been found guilty of offences and then later proven innocent.

These large-scale projects to expose stories of what it means to be human are something that we can all take inspiration from as art photographers. It can seem daunting to find inspiration in such a large project, so it’s important to remember that each fine art photography project starts with just a single image. So what are you waiting for?

Let me know if you were inspired by the work of Taryn Simon, I’d love to hear your thoughts!