Failed A Levels to PhD Student; How Art History Changed my Life 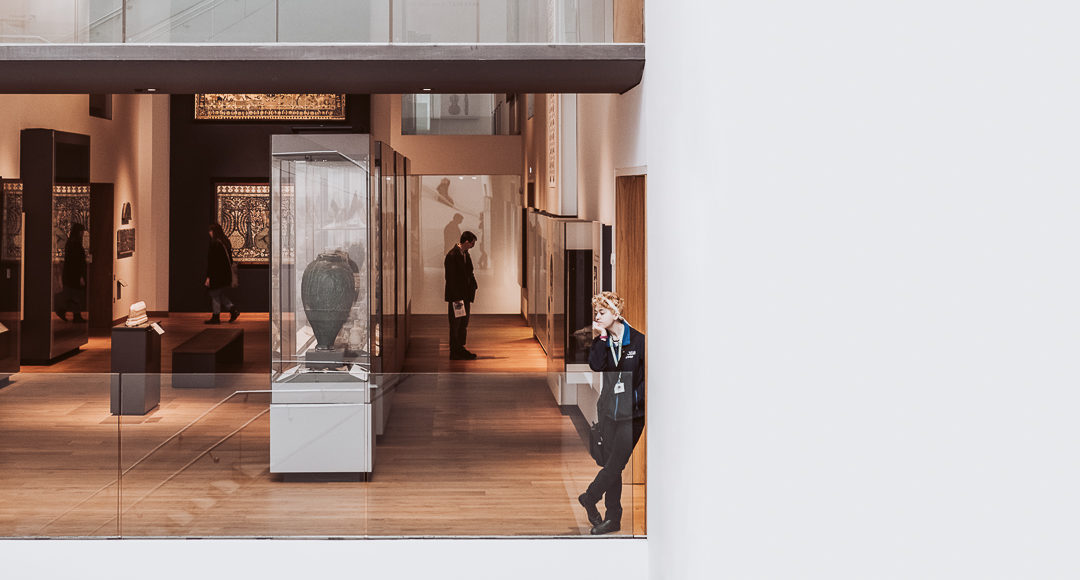 01 Apr Failed A Levels to PhD Student; How Art History Changed my Life

I don’t want to tell you what my A Level results were, but suffice to say they weren’t great. You see I always dreamt of studying physics at university so I picked maths and physics to study post-16 (along with music technology and art).

Within the first two months of sixth form I’d been told not to bother continuing with my art A Level. I just wasn’t good enough at drawing to be able to do well. Looking back I’m saddened by the approach of my art teacher. Drawing isn’t the sum total of art, and I’m sure with her help I could have passed with a reasonable grade, but more importantly, I’d have got a whole load of joy out of studying it.

Maths I was behind from day one. I don’t know what happened, other than having an unexpected teacher swap. I thought I was going to continue on with the same teacher that I’d had for my GCSE’s (where I’d done very well and got a high grade) but that wasn’t to be. By the end of the first month I was already doing my homework during lesson time, and getting further and further behind. I was trapped in a vicious cycle that my teacher blamed on pure laziness and I ended up failing. (But I got a low grade in physics – just).

The words of both my GCSE English teacher and our sixth form careers advisor hung in my mind for many years after I finished school. The former said that I should never do any subject that involved writing because I just wasn’t good enough (hence why I picked maths, physics, and music technology). The latter said that university probably wasn’t for me, and I wouldn’t get in with the grades I was predicted anyway. She also said I was being ridiculous when I told her I wanted to be an entrepreneur. Apparently in 2001 that wasn’t a suitable career choice for a young woman.

Why am I telling you this? Because I want you to know how damaging bad teachers can be for young people. Part of my income now comes from teaching and working with young people who are at this emotionally vulnerable age and I am so careful to try and build them up rather than knock them down.

Well, I discovered photography. It’s kind of as simple as that (although, of course, it’s not). I found photography at about the age of 19, although I’d always grown up around it because my Grandfather loved taking and developing pictures, as did my Godfather, and my Dad always had a nice Olympus camera knocking around for recording memories. It feels like it was always destined to happen.

In my early twenties, I thought that perhaps I might want to go to university to study photography. After some research, I started applying for universities. For four years I applied for courses at various universities, including four applications to the London College of Fashion. I was interviewed three times by the LCF, each time I was told I was great, but probably just not a good fit for the course.

The last year I applied to them I turned up with my portfolio, as I had done before. This year I had spent extra time preparing my portfolio. I’d shot loads of new work for it, and bought a super nice Pratt portfolio (which I still use today), and I was feeling great about the whole thing.

They looked through my portfolio. They loved it and praised me for my commercial versatility and great technical grasp of photography. I beamed inside, I had this in the bag. And then for the first time, they asked me how my writing was. Of course, I was about 24 at this point and working in logistics. I had no idea how my writing was. I hadn’t written an essay in almost a decade, and I’d barely written them back in school either.

I think they smelt my fear because they suggested that I consider studying a short course or similar first to prove I was academic enough for a degree. And then the course leader told me that he didn’t see why I needed the degree – I could move to London tomorrow and get work as a commercial photographer.

And that was that. I was back out in the cold London air clutching my portfolio and wondering what I should do.

In fact, I went did what the course leader said. I heard on the grapevine that a commercial photography agency in London was hiring and so I called them up, bold as brass, and asked for a portfolio interview. Which I got. And they gave me a job there and then in the interview. What was almost more amazing was the fact that they usually give photography graduates assisting jobs first to let them prove themselves, but I went straight in as a Junior Photographer.

In a bid to prove that I was smart enough to go and do a photography degree, I looked for the closest thing that I could study via distance learning while working full time. And I landed on the Open University. They offered an art history degree which I signed up for and took.

I studied every day on the train to London, and almost every day at my workstation while I ate lunch. It was tough, but I knew it would be worthwhile in the end.

But something strange happened. I fell in love with art history and found myself wanting to study that degree more than photography.

Distance learning wasn’t enough, so I applied for university for the fifth time. My bottom choice was Oxford Brookes. Chosen for the combination of great staff and a great rowing crew. I was offered a place unconditionally and I took it, although I abandoned the idea of rowing very quickly – it clashed with my lectures.

After my undergrad (which I passed with first-class honours) I undertook a Research Masters. And now I’m working towards my PhD in art history. Not bad for someone who should never write an essay, right? The essay I’m currently writing will be a hundred thousand words (which, FYI, is the same length as To Kill a Mockingbird). And I have discovered that not only am I good at writing, but I enjoy writing!

In a nutshell: everything.

But what I learned is that degrees aren’t just about teaching you your subject, they’re about changing you as a person. I became more outgoing, more considered, and more adventurous. My skills grew in writing and researching, and this improved both my earning potential and capacity as a writer (which is how I fund my studies).

My Research Masters taught me about overcoming challenges, how to project manage a substantial project (thirty thousand words in a year plus a viva), and how to look after my mental health while under pressure. I mean it also taught me about art history, but I think that’s given at this point.

What will my PhD teach me? Who knows. But I know it’ll change my life. It not only opens up new career options for me, but I also get to ask people to call me Dr rather than Miss or Mrs. And that’s pretty cool, right?

I think that the most valuable lesson I will learn from my PhD is how to choose a path and stick with it. Before I started my undergraduate degree in History of Art I had decided that I wanted to complete a PhD. It’s going to have been a decade long project in discipline and tenacity, and that has to count for something.