Do Photographs have to be In Focus? 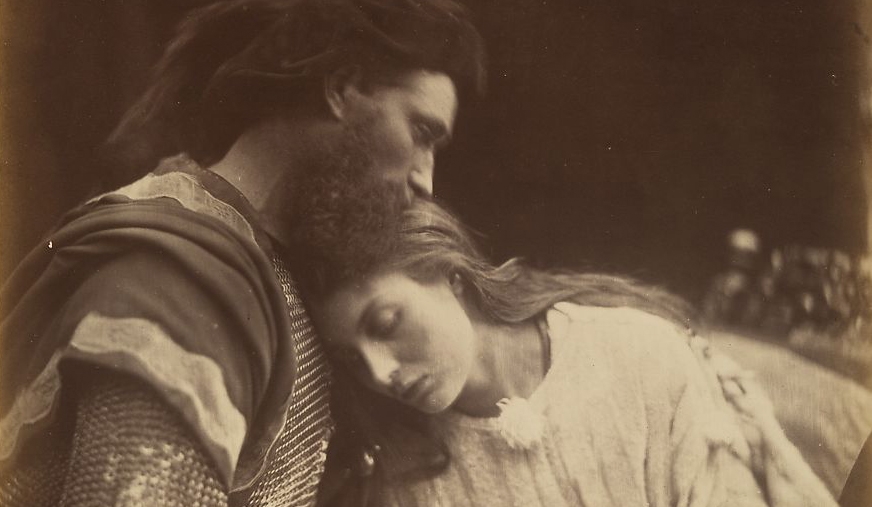 03 Apr Do Photographs have to be In Focus?

Yes, I know. I’m shamelessly borrowing the title of the book I wrote about a few days ago. But I wanted to talk a bit more about art photography and why it doesn’t have to subscribe to ideals of technical precision.

There is, of course, a time and a place for technical precision. Sometimes you do want to record an accurate copy what is in front of your lens. A corporate headshot or product photography would be two great examples of this. Scientific photography too – you definitely want an accurate record there.

Why do people think it has to be in focus?

Basically, the technical “gold standard” rules of photography were invented by some dudes who were hung up on technical perfection rather than feeling and emotion.

You only have to look back to Julia Margaret Camera to see examples of this behaviour in action. Her incredible, dreamy images were put down to “technical incompetence” by her male peers.

Cameron was considered an “embarrassment” to photography because of her style and approach. Indeed, Art Pictorial and Industrial magazine said that anything other than complete realism in photography was “as logical as employing a steam-engine to draw a cork or thread a needle.”

Unfortunately, these attitudes still hang around today. The goal of photography is clear in many people’s minds: produce in focus, sharp images that are “well lit” and “well exposed.” And these people have no qualms about trying to force their own goals on others.

I’m trying to be kind here, but it’s a subject that does really frustrate me. The sneering responses when you ask for critique or opinion (or even when you don’t) on an image that is experimentally soft, noisy, or has some weird colours going on can be overwhelming. It’s enough to put a fledgeling experimental artist off forever in many cases; feelings of shame and incompetence causing them to put their photographs away where nobody will ever see them again.

I wonder if the pursuit of technical perfection in photography comes from its origins as a tool to record rather than express. Photographers like Muybridge wanted to make records of the world around them and they used the photograph as a scientific tool to understand more about human and animal bodies. It is undeniable that the ability to freeze action and then view the images later changed science forever.

And there was also the fact that many early photographers came from scientific backgrounds. You had to have some kind of understanding of science in order to set up your camera and then develop the images afterwards. Or at least you had to have someone to teach you and the aptitude to then do it yourself. In fact, that was the same until quite recently. Digital cameras and digital processing have only really become accessible for the majority in the last two decades – only around 10% of the history of photography up until now has been bathed in digital technology.

And I wonder if that’s where many photographers struggle. Art is hard (no matter how easy some people seem to think it should be). It takes a lot of work to be able to both create and interpret creative images that don’t stick to the path of technical perfection. It’s a skill that most of us will never be taught unless we actively go out and seek those lessons.

It also takes a lot of confidence to go against the established grain. Putting your head above the parapet with photographs that are genuinely different to the mainstream is challenging, especially if you are met with derision and a misunderstanding of your work.

Do art photographs have to be out of focus?

Let’s be clear – art photographs don’t have to be anything. There are no rules. They can be in focus or out of focus. They can be blurry or sharp. What is important is that they convey feelings, or that they tell a story, or perhaps they try to express something new about shape or form.

However you choose to use the tools at your disposal is ok, as long as you’re using them to fulfil your vision. And if your art photography practice demands razor-sharp images that are “perfectly exposed” according to the traditional rules of photography, then that’s ok too!

Of course, there are still guidelines that you can follow. Certain compositions just sit easier with the human eye for example, not least because it’s what we’ve been used to seeing our whole lives. But equally, you could break out of rules like this to create a deliberate sense of unease in your images. If you end an image ends up hitting the mark or missing largely depends on the skill of the photographer and their prowess at working within their style and genre.

But it’s important, even if an image does miss the mark slightly, to keep trying and keep experimenting. This time it might not have worked, but as long as you learn from your work then next time you’ll land closer. And eventually, with practice and hard work, you’ll reach your goals.