Behind The Image #7 – The Beecroft Building & Keble College 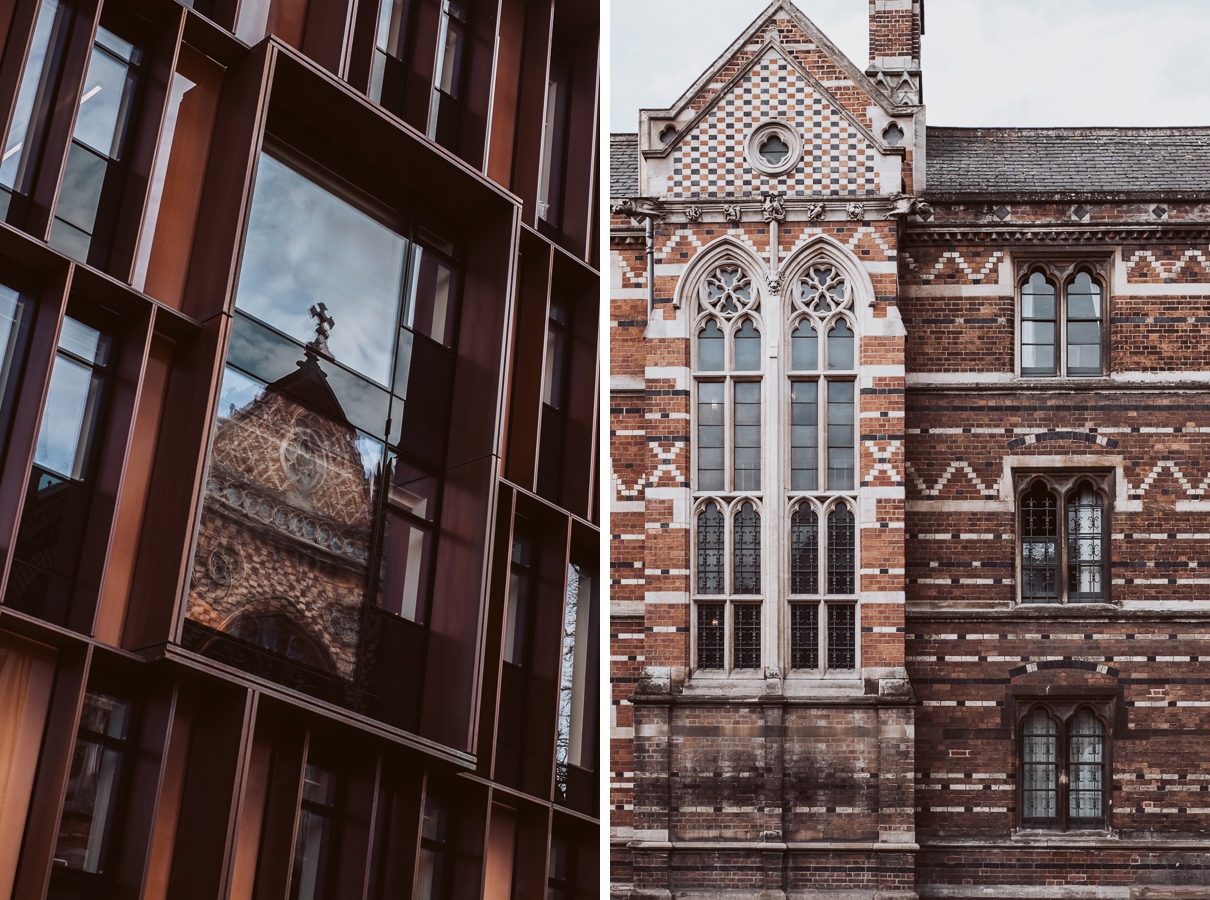 17 Feb Behind The Image #7 – The Beecroft Building & Keble College

There were two main reasons I picked Oxford Brookes to study History of Art. The first was that it had a banging rowing team (that for reasons beyond the scope of this post I didn’t join). The second was that it has a fantastic and well-regarded architecture department, and a modernist architectural historian in the history of art department.

All in all I studied quite a bit of architecture on my undergrad degree. I had initially planned to study the architectural photography commissioned by Le Corbusier as my Masters by Research, but that fell by the wayside when videogames showed up. One really exciting module that we studied was on architecture in Oxford. The story of the city is told through its dramatic gown and town architecture, with the gothic, romanesque, and post-modern styles competing to be the most appropriate representation of a learned population striving for knowledge.

Yesterday I took off into Oxford to shoot some images for an upcoming article and headed to the science area while the morning winter light was beautiful. The architecture in this area of Oxford is diverse, and my favourite college building is there.

Keble College’s history is literally built into the fabric of the building itself. The use of brick as a building material was seen as humble. Bricks were, after all, an affordable building material developed during the Victorian period and shipped to Oxford from Birmingham on the brand new canal. There was a movement at this time that felt the old colleges were socially exclusive, so Keble is specifically built to be able to accommodate more students and be less exclusive than its predecessors. To this end the student’s accommodation rooms were smaller than previous colleges. Just a bedroom and small sitting room, rather than the full suite including servants quarters that other colleges had!

The college was built, by Butterfield, in the Gothic Revivalist style. Indeed it is the grandest Gothic Revival building in Oxford. The gothic style was considered appropriate for institutes of learning, especially ecclesiastical institutes, because of the dramatic architecture that appeared to be soaring tall into the sky and reaching for God. It was at odds with the other predominant style in Oxford throughout the city’s development – a more classical style intended to convey Roman and Greek intellectual ideas. The pointed gothic architectural style can be seen in every aspect of Keble College. The “pointiness” affects the whole building – windows, spinals, bell towers… everything.

In the images I captured above, the beautiful polychromatic brickwork of Keble College is reflected in the mirror-smooth glass of the brand new Beecroft Building (opened at the end of 2018). I wanted to contrast the brand new, state of the art physics laboratories with the beautiful old brickwork of another revolutionary building – Keble College. Both buildings are transformational in their intention.

I wanted to show you the cut-away image of the Beecroft Building from the architect’s website so that you can see both the innovative underground spaces for sensitive physics equipment and the sensitive location of the site in relation to the old Keble buildings.

Many people are not in favour of developing in-town locations of historic importance (like most of Oxford city centre) but I love what has been done with this building and I’ve tried to convey that in my photographs. There’s no doubt that when we think of SCIENCE today we think of sleek, modern surfaces. Brushed metal and mirrored glass are considered appropriate for the futuristic tech hidden behind such facades.

But here there is something different. It’s not sleek, brushed chrome and silvery aluminium surfaces. Instead the metal structure has been treated with a rusted finish in a reddish hue that is a match for the red brickwork on the opposite side of the road. The rectangular design is like bricks turned on their side. And the dark glass punctuating the rusted red structure is like the dark blue/grey bricks from Keble.

Here we have a most remarkable building that is both modern and sleek while still echoing the history of the university that stands just across the road. The history that is literally mirrored in its windows.

And I think there’s no coincidence that this brand new physics building echoes the radically inclusive Keble College at a time when Oxford University itself is becoming more and more inclusive.

Sorry, the comment form is closed at this time.